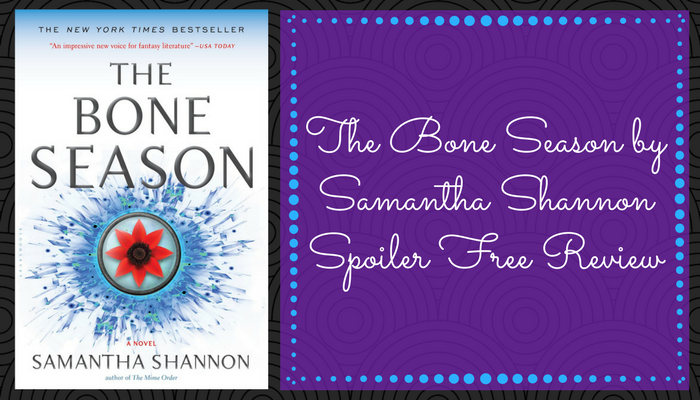 The year is 2059. Nineteen-year-old Paige Mahoney is working in the criminal underworld of Scion London, based at Seven Dials, employed by a man named Jaxon Hall. Her job: to scout for information by breaking into people’s minds. For Paige is a dreamwalker, a clairvoyant and, in the world of Scion, she commits treason simply by breathing.

It is raining the day her life changes for ever. Attacked, drugged and kidnapped, Paige is transported to Oxford – a city kept secret for two hundred years, controlled by a powerful, otherworldly race. Paige is assigned to Warden, a Rephaite with mysterious motives. He is her master. Her trainer. Her natural enemy. But if Paige wants to regain her freedom she must allow herself to be nurtured in this prison where she is meant to die.

The Bone Season introduces a compelling heroine and also introduces an extraordinary young writer, with huge ambition and a teeming imagination. Samantha Shannon has created a bold new reality in this riveting debut. 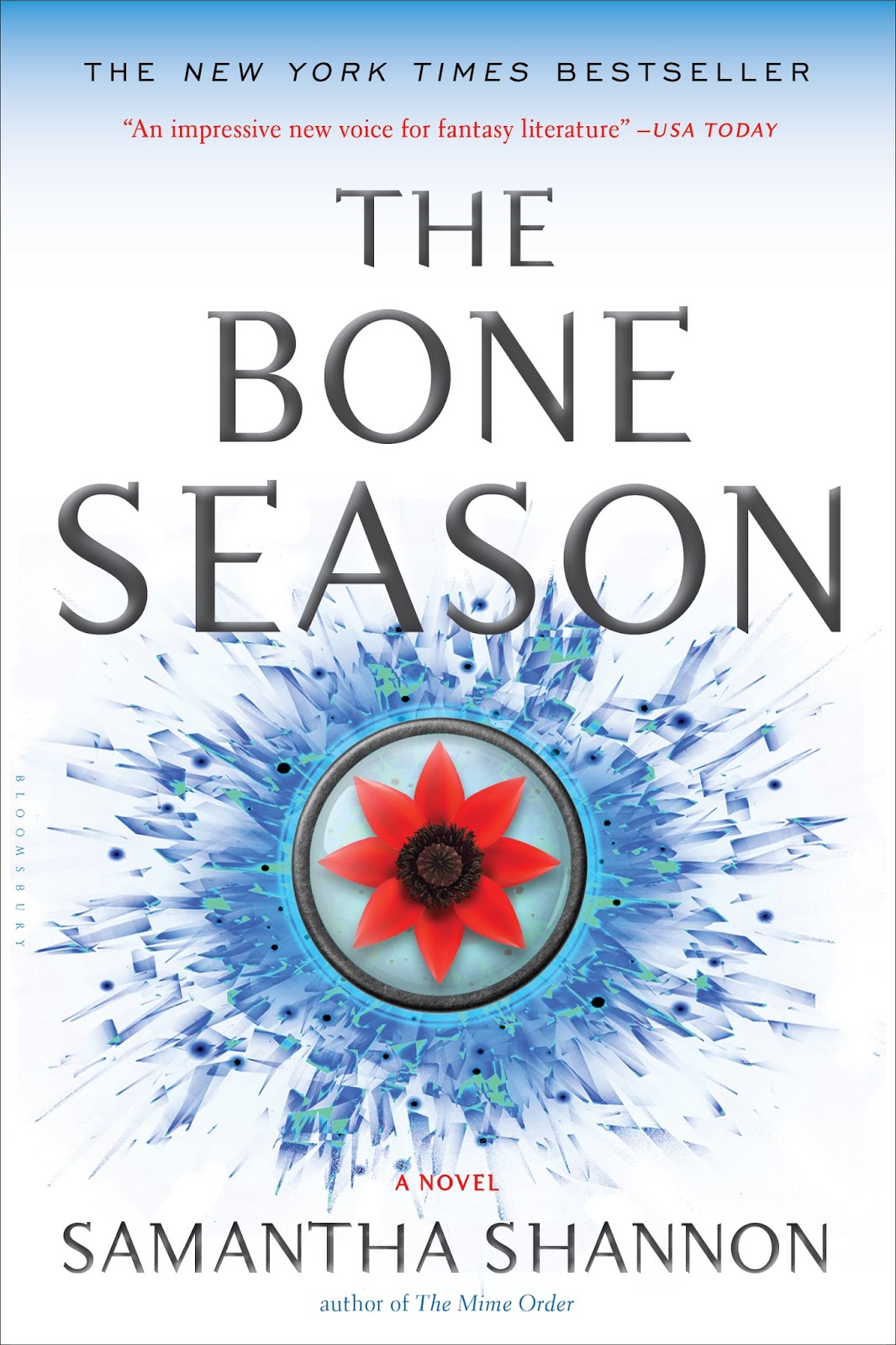 So I’m not in love with this cover but it’s alright. I prefer the over set of covers and if I purchase this series that is the ones I will buy!

So I enjoyed the writing but I did have one issue and that was the lack of explanation of certain words in the book. However, I do know now that there is a Glossary in the back of the book though which is handy! But as I am reading the eBook I didn’t know it was in the back of the book until someone else told me it was there. Which is the frustrating thing about eBooks, you can easily go back and forwards and look at the glossary. I do like the glossary though as it is pretty extensive!

Another thing that annoyed me about this eBook itself is that it has the prequel in it, The Pale Dreamer, which is fine but The Pale Dreamer comes before The Bone Season and they put it at the back of the book!

So as I said this is a fast paced book and there is a lot of stuff going on in this book! There are tonnes of twists and turns in this book which always kept it interesting! I was a bit iffy about this book just being another typical dystopian but it was fairly unique! It does contain a few tropes but the overall plot was really interesting and so was the world.

I liked Paige, she was brave and strong and would always try and do what was right for the people around her. She also developed in this book and became even more caring and determined in the end. She always did everything she could and pushed herself until breaking if it meant trying to save herself or others.

Julian, I enjoyed even though we didn’t get to know him a tonne but he never cared about the consequences for himself as long as he was helping others. Liss I really enjoyed too, she put herself at risk to give some advice and food to a newbie!

I don’t like Jaxon. We mainly only see him in memories throughout the book but I don’t like him. I liked that there was a character named Eliza (same as myself) but we didn’t see her a tonne so I can’t really comment. I just like that I’m starting to find the name Eliza being used in books more. I did like Nick, I think, he was caring and protective but I need to know more about him, so hopefully, we will see him more in the next book.

I can’t talk about a few people as it will kinda give away spoilers so I’m going to leave it here.

But also can I just say the character development in this book was done so well!

I really enjoyed this book! The character development was awesome! The world was so interesting and unique! The pacing was really good and this book drags you in and doesn’t let you leave! I can’t wait to get to book two! 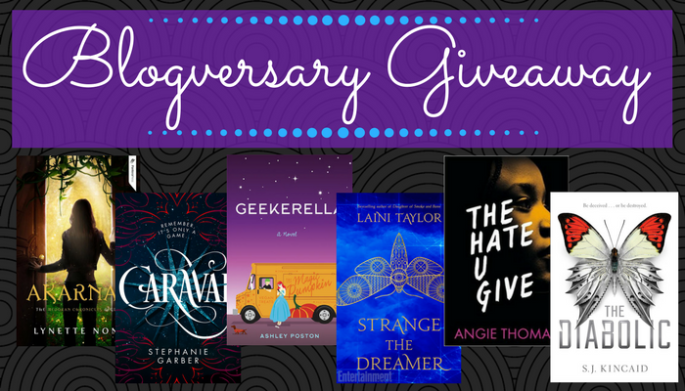 ALSO, DON’T FORGET MY GIVEAWAY IS STILL GOING ON! JUST CLICK THE PIC OR HERE TO GET TO THE GIVEAWAY POST TO FIND OUT HOW TO WIN A PAPERBACK OF ONE OF THE PICTURED BOOKS!