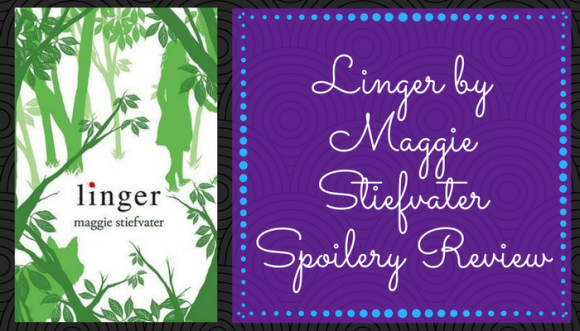 Once Grace and Sam have found each other, they know they must fight to stay together. For Sam, this means a reckoning with his werewolf past. For Grace, it means facing a future that is less and less certain.

Into their world comes a new wolf named Cole, whose past is full of hurt and danger. He is wrestling with his own demons, embracing the life of a wolf while denying the ties of being a human.

For Grace, Sam, and Cole, life a constant struggle between two forces–wolf and human–with love baring its two sides as well. It is harrowing and euphoric, freeing and entrapping, enticing and alarming. As their world falls apart, love is what lingers. But will it be enough? 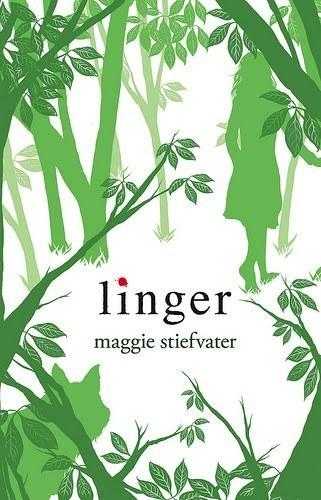 Okay, so I enjoyed this one a bit more than the first. There is still a fair few issues that I have with it. But I’m also kinda stuck in the story at the moment and I read this in 1 day! So even though I am not enjoying the story more I can still recognise all the issues I have with it.

This review contains spoilers and also spoilers for book 1, Shiver. Also read my review for Shiver first as a lot of the problems continue in this book so I won’t be explaining them again.

Exactly the same as I felt about the Shiver cover! But one thing with this book, the cover of the book is green and I noticed before starting it that the text is actually printed in green! So I think that is cool, that’s not really Cover Art, but it’s still cool. I have never read a book with coloured text like this.

So I have 2 things that were present in the first book as well as this one but I forgot to add to my review for Shiver as by the end I had just forgot about it and those are:

I love books with Multi POVs and I have said many times, it has to be done right! For this series I have trouble telling the characters apart and forget which POV I’m reading from because they feel the same. In the first book it was just Sam & Graces POV and they were hard to distinguish between.. That continued in this book between Grace & Sam, however it was easier to tell when reading from either Isabel or Coles POV. They felt like 2 different characters but Grace & Sam just read the same.

I also found that in this book when describing things the same words are used over and over. This isn’t a massive deal but I do feel like you could come up with something else as it does get monotonous at times.

So the plot for this one was better than the first one. This book managed to drag me in a bit more and there was also a bit more action. This book is still really predictable, I guessed what was wrong with Grace when she first started getting nosebleeds and other major parts I also guessed. This book was a bit more thrilling though, even though I had guessed what would happen I still got dragged in when reading those parts until I actually found out if I was right.

There is still things in this book that aren’t explained. There was a little bit explained in this one that I didn’t get from the first book, so hopefully everything is summed up in the next book as it was originally the end of the series.

So I think I fairly well summed up the characters in my review for Shiver and not much has changed. I still don’t feel any time of connection to Grace or Sam really. I didn’t have an as big of a problem in this book with the Instalove as I did with the last one as the Instalove was already over in the last book so now I just see them as people in a relationship… I do to some degree agree with Grace’s mother when it comes to Grace & Sam relationship that they do barely know each other and Grace probably doesn’t know what love actually is.

I honestly enjoy Cole and Isabel more than Grace & Sam in this book. I am guessing that Cole & Isabel end up in a relationship, but that is just a guess. But if they do I like where it’s starting. Starting out with Lust and kissing and then him rejecting to sleep with her when he barely knows her and he doesn’t want her to regret it. I am starting to like Cole, at the start of the book I was kinda like who is the moron but I’m liking him more as the story progresses.

I really don’t see Rachels point in this story, she just kinda pops up occasionally but that’s it. She doesn’t seem to have a purpose and they haven’t told her about the wolves and Olivia and I find it a bit weird that when Grace and Rachel talk they never mention Olivia. If Olivia was their best friend then wouldn’t Rachel still be worried, Grace knows she is fine but to Rachel she is still missing/possibly kidnapped as only Olivias brother got that fake email saying that she is fine and will be back soon… So why isn’t she more worried about her best friend?!

So overall I have issues with this book, there is things that don’t make sense and there is things that don’t add up but it’s also not horrible. Honestly if I read this a year ago when I wasn’t a critical reader I probably would have enjoyed it a lot more as I wouldn’t have paid attention to a lot of things, I just would have read it. But now I notice all these things. Which to me isn’t a bad thing really, we don’t have to love every book!

I loved this review that you have done about Linger! I have the books on my TBR but I have always heard mixed reviews about the books!

I was in the same boat with them. Then o saw them second hand for cheap on Thriftbooks.com. If I hadn’t got them from there I probably won’t have bought then. When shopping on Book Depository I always forgot about buying them haha.