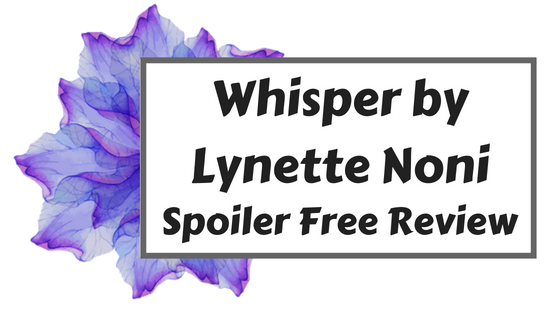 “Lengard is a secret government facility for extraordinary people,” they told me.

I believed them. That was my mistake.

There isn’t anyone else in the world like me.

For two years, six months, fourteen days, eleven hours and sixteen minutes, Subject Six-Eight-Four — ‘Jane Doe’ — has been locked away and experimented on, without uttering a single word.

As Jane’s resolve begins to crack under the influence of her new — and unexpectedly kind — evaluator, she uncovers the truth about Lengard’s mysterious ‘program’, discovering that her own secret is at the heart of a sinister plot … and one wrong move, one wrong word, could change the world. 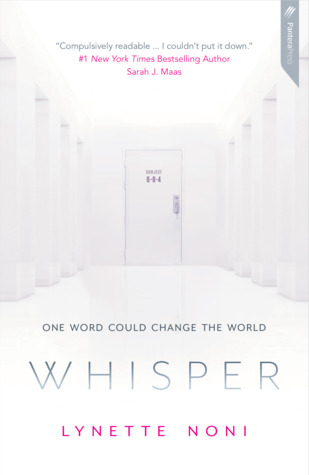 I do enjoy the cover of this book. It is simple and represents the start of the book extremely well. It gives it that asylum like feel which is what we kinda get at the beginning.

I love Lynette Noni’s writing and I adore everything I have read by her so far. This one wasn’t as engaging as The Medoran Chronicles but I still really enjoyed it. The first half was a little slow, but I also understand why it was needed to show how the MC was being treated and then when she joined the program, how she was training to control her gift. This also allowed us to get to know her, and the other major characters.

I’m not 100% sure how I feel about the romance yet. It didn’t specifically amount to much in this book but it is also feeling kinda typical. I’m not a romance reader and one of the reasons for that is that I usually think the romances are the same old boring thing I have seen 10 times before in YA books. This one was about the same. As I said nothing amounted just yet but I can already guess how the romance will pan out.

One of my favourite parts of Lynette Noni’s writing is her friendships! Alex, DC, Jordan & Bear from The Medoran Chronicles were one of THE BEST friendship group I have read! This one didn’t disappoint either! The MC develops an awesome friendship with Cami & I think a developing friendship with a couple others but we will have to see in book 2.

As I already said the first half of the book was pretty slow, but the second part was entertaining, full of interesting plot points and very engaging. Once I got to page 200ish I was hooked and could barely put the book down. There wasn’t a tonne of actual plot twists, it was more just learning more. I always kinda knew we were only getting half the story and then when a certain event happened and we got some more info it wasn’t shocking, just interesting. So it wasn’t exactly a twist as I expected it coming in some way, not necessarily the exact details, but I knew some info like this was coming.

I did enjoy or MC and the reason I’m not saying her name is that she goes through a fair few throughout the book. She gets called Jane Doe, to begin with, & also JD, as a shortened version. So I’m just going to go with JD as it is easiest and doesn’t spoil anything. JD was an interesting character. She had a lot of history that she was struggling to get through. Because of that she was guarded and wary. She never betrayed who she was even if her own life was at risk. She was hell-bent on not risking the people around her, even if that meant she was at risk herself. I loved that about her. She was just a determined, badass and awesome character.

Ward, I simply don’t know how I feel and I can’t give details as it would be complete spoilers! Hopefully, I will be able to gauge the real him a bit more in book 2!

As for the other characters, I love Cami she is so sweet and amazing but also extremely determined to do what she thinks is right. Even if that involves arguing with her brother over someone else’s treatment. She was a strong and powerful character and I really enjoyed her! I can’t wait to see her a bit more in Book 2.
Enzo was a funny, sarcastic but also kinda older brother/uncle feeling. He always had everyone’s best interests at heart but liked to have some fun too. He also wasn’t afraid of butting heads with his friends when he didn’t agree with them.
Keeda I was a bit wary of at the beginning. She just kinda felt a little like one of those ‘don’t give a shit’ type characters that don’t let themselves close to others. She came through in the end and I’m keen to see her grow and maybe get a bit closer to some of the other characters in the next book.
Sneak we really don’t see a tonne of, he is always in the background, hiding and not talking much. So I feel like I couldn’t really connect with him. I do like him though and want to see more.
Crew I’m really not sure about. He is simply a brutal person and no matter what is going on, that is how he comes across. So I just don’t know how I feel about him. He hasn’t done anything that makes me think that he is an enjoyable character or not.

Overall, I didn’t love this one as much as The Medoran Chronicles but I still really enjoyed it. I didn’t love how slow it was at the beginning and it didn’t full on snag my interest until after halfway. After that, I was hooked. The romance also isn’t ideal. One of the big reasons I love The Medora Chronicles is because of the basically no romance until book 4. We got to learn about the characters and then see them slowly open up to each other. Whereas in this one, Ward is literally the only new person around her age that she has met in 2 and a half years, so when it started happening pretty early, I wouldn’t say insta love but still, but maybe instant lust. Or something, I really don’t know how to explain it as shit was all over the place here.
Besides those 2 things I didn’t love, I really enjoyed the characters, the world-building, the friendship and heaps more. Hopefully, Book 2 is a little more action-packed and doesn’t turn into a love story and it might just hit that 5-star mark!

I was provided with an eGalley of this book in exchange for an honest review. Thank you very much to Pantera Press & NetGalley for this opportunity.

You can purchase this book at any of the below links!
There is an alternate cover for this book. I will put an image below and put a * next to the books with that alternate cover.