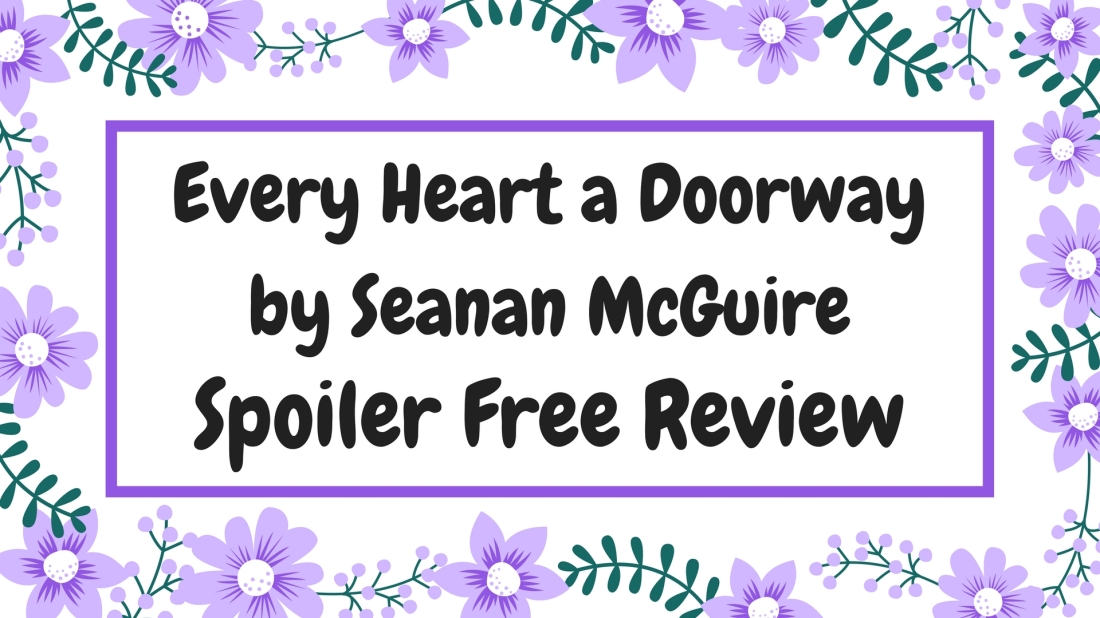 Children have always disappeared under the right conditions; slipping through the shadows under a bed or at the back of a wardrobe, tumbling down rabbit holes and into old wells, and emerging somewhere… else.

But magical lands have little need for used-up miracle children.

Nancy tumbled once, but now she’s back. The things she’s experienced… they change a person. The children under Miss West’s care understand all too well. And each of them is seeking a way back to their own fantasy world.

But Nancy’s arrival marks a change at the Home. There’s a darkness just around each corner, and when tragedy strikes, it’s up to Nancy and her new-found schoolmates to get to the heart of the matter.

No matter the cost. 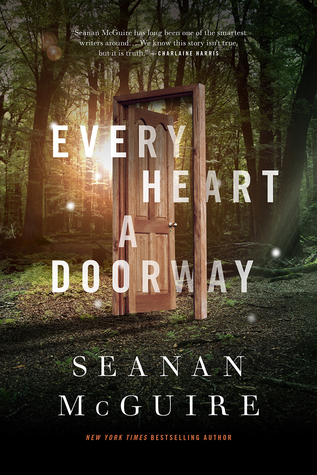 I really like the cover of this book. It is simple, but catches your eye and also betrays the story well. I really enjoy how all the covers in this series just have a landscape background with a single item in the middle standing out.

This book is beautifully written and to some degree, the writing is fairly lyrical, similar to Laini Taylor’s but not quite as much. But also a lot darker! Overall, the book was a lot darker than I expected. I just thought it would be a casual YA Fantasy, but it actually turned out to be a Murder Mystery as well. So even though it was unexpected, it was done well and I enjoyed the reading.

I was worried that being such a short book there might be confusion or details left out, however, everything flowed together nicely and was concluded well. The only real mystery was the worlds that these children had been to and I do find it a shame that we only get to dive into two of them with the companion novels Down Among the Sticks and Bones & Beneath the Sugar Sky. Hopefully, it will be extended later on as I would love to dive a bit further into the other worlds!

I also enjoyed the multi-POV, however, I did wish that it was specified whose POV we were reading from at the time as it did swap around randomly and sometimes to completely random characters that we hadn’t heard from before. It wasn’t really an issue but it just would have been nice.

So the plot itself was a little typical when it comes to murder mysteries, but they all kinda are I guess, someone gets murdered and the MC tries to discover the murder. I did enjoy it, but it was a little predictable, I didn’t guess from the start of the murders, but I did guess a little further in. I still enjoyed myself while reading and it was still pretty well down, even with the predictability. The plot wasn’t my favourite part of the book though and the reason I didn’t give the book 5 stars.

My favourite thing is the diversity in this book! The MC is Asexual, which is rare to find and I’m pretty sure I haven’t read a book with an Asexual MC. I can’t speak for the rep but I have heard all the diversity is well done! As well as the Asexual rep we also have a Trans character, characters of varying races & characters with different gender identities. So A+ for the diversity!

Overall I didn’t feel huge connections or have a full understanding of any of the characters. But with the amazing world building and the mystery going on, and only in 170 pages, you can’t expect everything I guess! For that reason, I don’t have a tonne to say about them.

Nancy was the Main Character I guess but as it was multi POV all the focus wasn’t always on her. She also didn’t get thrown into the typical female MC in Fantasy trope that we usually see! The Badass or powerful girl who even if she doesn’t think she can, she ends up saving the world type MC.

Kade was enjoyable but also kinda felt like a typical male side character.

Sumi was overactive and loud but also kinda hilarious. Some of the crap she came out with was pretty damn funny, so that was enjoyable even if the other half of her time she was saying negative stuff.

Jack and Jill were very different characters for twins, but now after reading Down Among the Sticks and Bones that makes total sense. All the forensic stuff that Jack did was a little confusing at times as it was hard to see her as a character that has had life experience and not a child. Jill was a little more absent and mysterious in this book. She played a part but didn’t have as much page time as Jack did. Also, it was so hard at the start to think of ‘Jack’ as a female with a nickname ‘Jack’.  After a while, I got used to it, but it was a bit hard at the start.

Eleanor, the women who started Eleanor West’s Home for Wayward children gave me huge Alma Peregrine vibes! And also just the name of the school reminds me of the  Miss Peregrine’s Peculiar Children series!

This makes me slightly iffy about the book itself. I know authors take inspiration from other books but that is just a little to close for comfort.