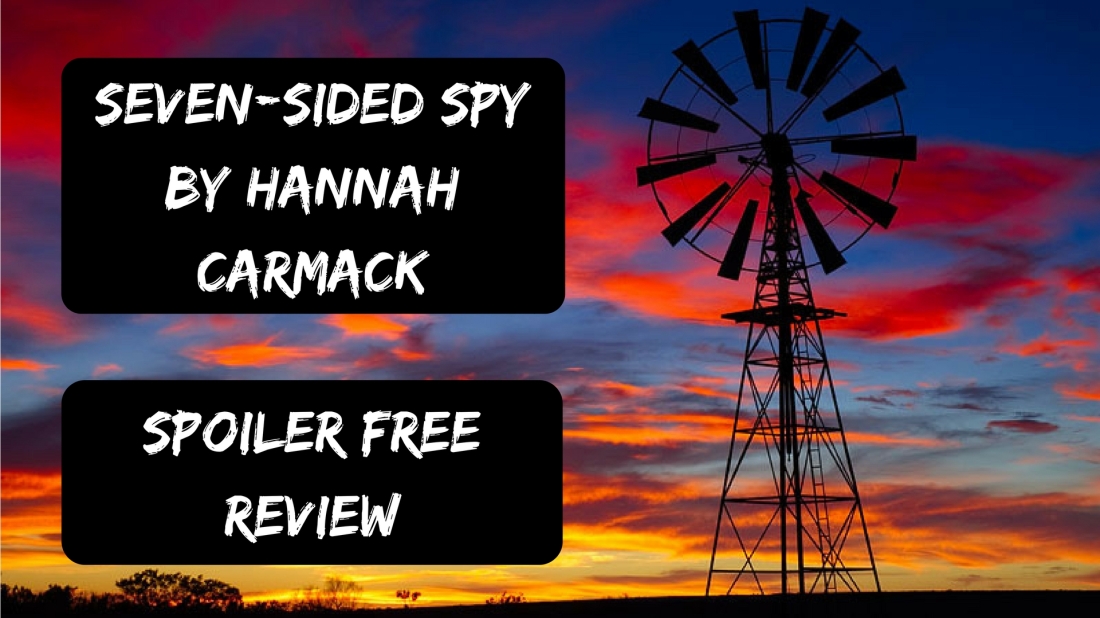 In the midst of the cold war, the CIA’s finest and most fatal female agent, Diana Riley, vanishes. Kidnapped by the KGB and taken to the backcountry of North Carolina, she and her team of unsavory partners are forced to undergo illegal experimentation.

But, when the experiments leave them horribly deformed and unable to reenter society without someone crying monster, the previously glamorous and high-maintenance spies must escape KGB captivity and avoid recapture at the hands of Nikola, a ruthless KGB agent with an intense and well-justified grudge against her former flame.

Honestly, I don’t like the cover. I don’t find covers with people on them appealing. I do like the forest background part though. It looks good against the bluish colour of the girl. I am also not sure exactly who the girl on the cover is. I’m guessing it is meant to be Diana, but not 100% sure.

I liked most aspects of the writing. It flowed well but was a little slow at times however it wasn’t bad enough to really bug me. The book includes both past and present events. I enjoyed a few of the past sections but a few of them, I feel like could have been summed up in less pages. Some didn’t really add anything to the overall story and I didn’t see the point of them. But a few were necessary for the story, so I enjoyed those!
My main problem was that all of the chapters were so long! I prefer novels with short or varied sized chapters. That is simply personal preference and I didn’t mark it down for this. I just wanted to make people aware if you are like me and don’t like all huge chapters!

As this is a thriller I won’t talk much about the plot as I feel like Thrillers you need to go in knowing nothing or at least very little!

I did enjoy the plot though. It was fairly action packed. As I said earlier it was a little slow at times. This was mainly at the start when we are learning about the world and setting everything up, but after about 30% it gets a pretty fast-paced except some of the past sections.

There is a fair bit of diversity in this book. We have gay, bisexual, POC & also a character with an eating disorder (Bulimia).
As for the Bulimia, It is barely talked about. It is one of the past sections and basically all the happens is we see that she suffers from it and then another character tells her to stop and then we are back in the present and she no longer suffers from it. I’m not sure if the rep was done well for this one. I personally don’t have any experience with any eating disorders so I can’t say whether it was done well or not.

As for the characters themselves, I feel like discovering who they all are is part of the mystery of the book. So if you want you can keep reading, or choose not to. Skip to the Overall section if you didn’t want to spoil this part.

Each of the characters have atleast 2 names as they are spies. I will put both so there is no confusion!

Hera/Diana/Goddess was my least favourite character in the end. At the beginning, I didn’t mind her but in the end, this one is crazy!
Dresden/Tim was another unenjoyable character. He was just kinda rude and petty and annoyed me most of the time.
Niccolò/Da Vinci was an okay character. He kinda felt like a father figure to the others in their group. He felt very realistic for some reason. I think it may have been the constant struggle he was in and just trying to do the right thing but it not working out!

Marco/Rigan was probably my favourite character. He was interesting and really enjoyable.
Ruby/Robin was funny, quirky and I enjoyed seeing her being thrown into this craziness and how she dealt with it.

The rest of the characters didn’t get as much page time in their POVs. So I don’t have as many feelings about them as the others.
Nikola/Wesley is the one character that I don’t really know how to feel. I both liked her and didn’t like her at different times.
Kal/Sergei & Gulliver/Roderick are both enjoyable and I did really enjoy their friendship.

Overall I enjoyed the writing but had a few small issues with it. The plot was really well done though and I liked the slight hint of a fantasy of sorts. I liked some and didn’t like some of the characters, but you can’t love everyone! So I’m fine with that.

Slight spoiler ahead!! The only thing I wish is there was more explanation about why some of the characters were given those abilities of such. There was no real background on that part. There was the background of the characters but barely any talk about why those things were happening to them. I just don’t get it and I’m pretty sure it’s a standalone, so we will never find out I guess!

I received an eBook of Seven-Sided Spy from the author, Hannah. So thanks so much to her!

This book releases very soon and you can pre-order it through one of the sites below!