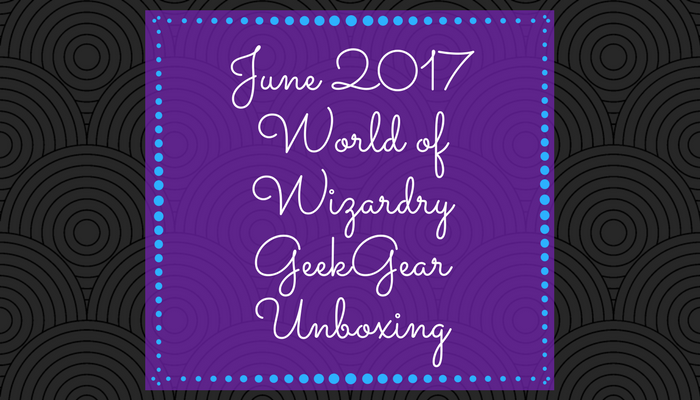 So I’m back for another World of Wizardry Unboxing! This month I got a Ravenclaw themed box! I don’t know if I will be getting next months box, it will depend on if I have some spare cash before they finish selling.

WHAT YOU NEED TO KNOW ABOUT THE SUBSCRIPTION BOX

So first I’ll tell you all you need to know about this Subscription box.

This subscription box is based in the UK and I live in Australia.. So, I will have UK pricing and Australia, but only shipping prices for Australia.

They also offer an automatically renewable subscription that is cheaper than a non-subscription. All will be linked to the  correct pricing below!

REMEMBER THAT THE AUD PRICES WILL CHANGE AS THE CONVERSION RATES CHANGE ALL THE TIME! 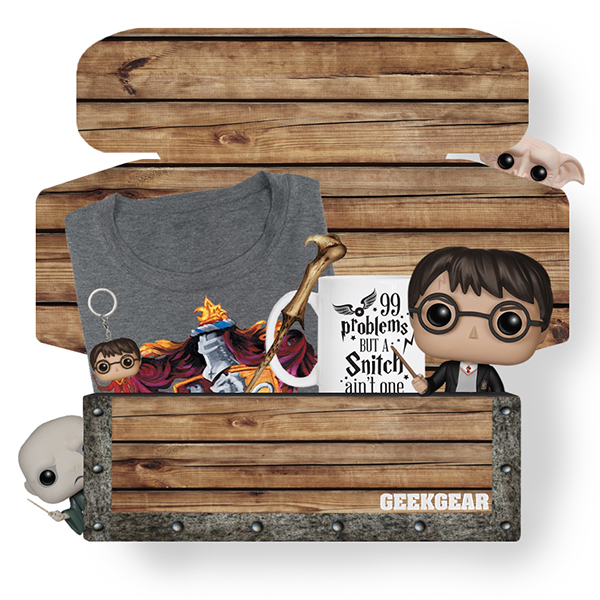 Shipping to Australia is £5.99 or $10.00 AUD
Which is extremely good compared to a majority of international subscription boxes!

As always I will write under each photo what is written in the book next to it. 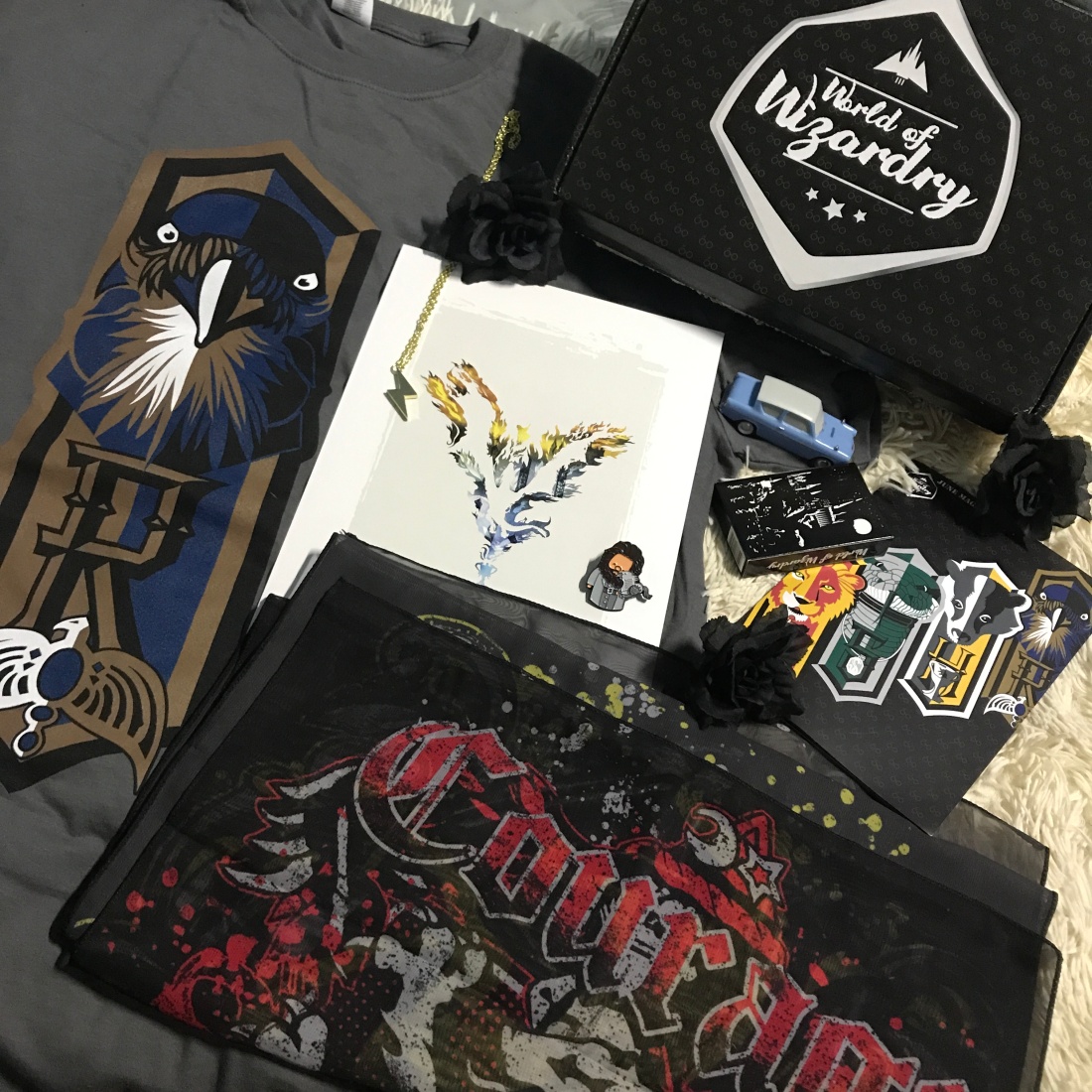 See below the two variations that could have came. I like both prints but I think the one I got was my favourite. You can see in the photo above that in the background of the coloured flames is the towers of the Quidditch Pitch which I think is a tool addition.

“Over the last few months we have made some amazing changed – one being out Prints! These are now ALL Licensed exclusives approved by Warner Bros and exclusive to us!’

Start collecting with our first ever No. 0001 World of Wizardry Pin!

So by the sound of that there will be a pin in each box from now on! Which is awesome and if they are all as cute as this one I will be happy! Also there was 3 variations that you could have gotten of this pon! There was Classic which is just the normal 1, there was the Silver edition that was 1 in 50 & Gold which is 1 in 100! So that was awesome that I got the Silver one when I never get the exclusive items! 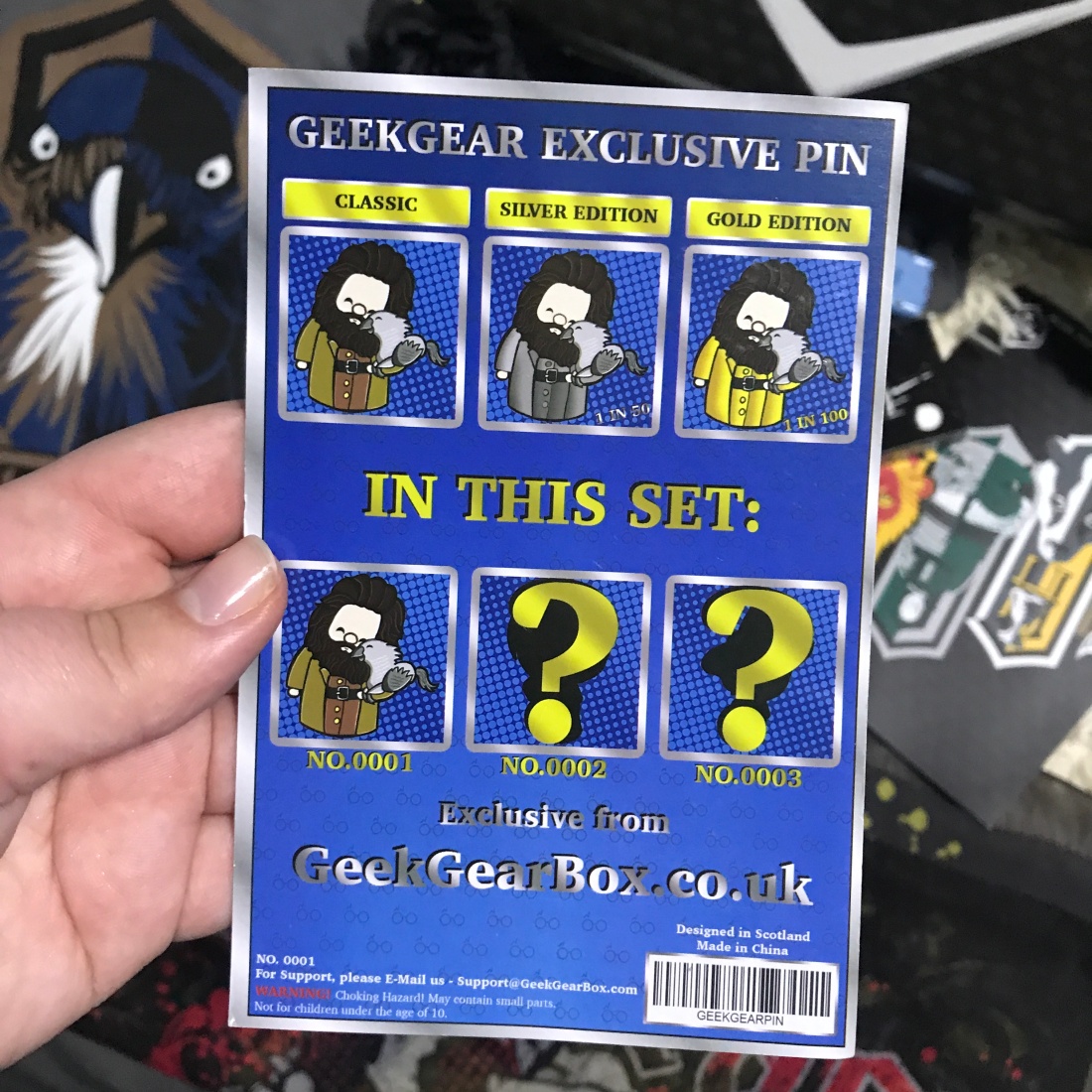 World of Wizardry Deck of Cards

And you can see below what the cards themselves look like!

A beautiful scarf, wear if with pride!

Show your love for the Wizarding World!

I couldn’t fit it all in one pic, so there is a pic of each houses section of the scarf!

The famous car has been restored to its original condition and you can now proudly show it off on your shelf!

An exclusive figure by GeekGear! 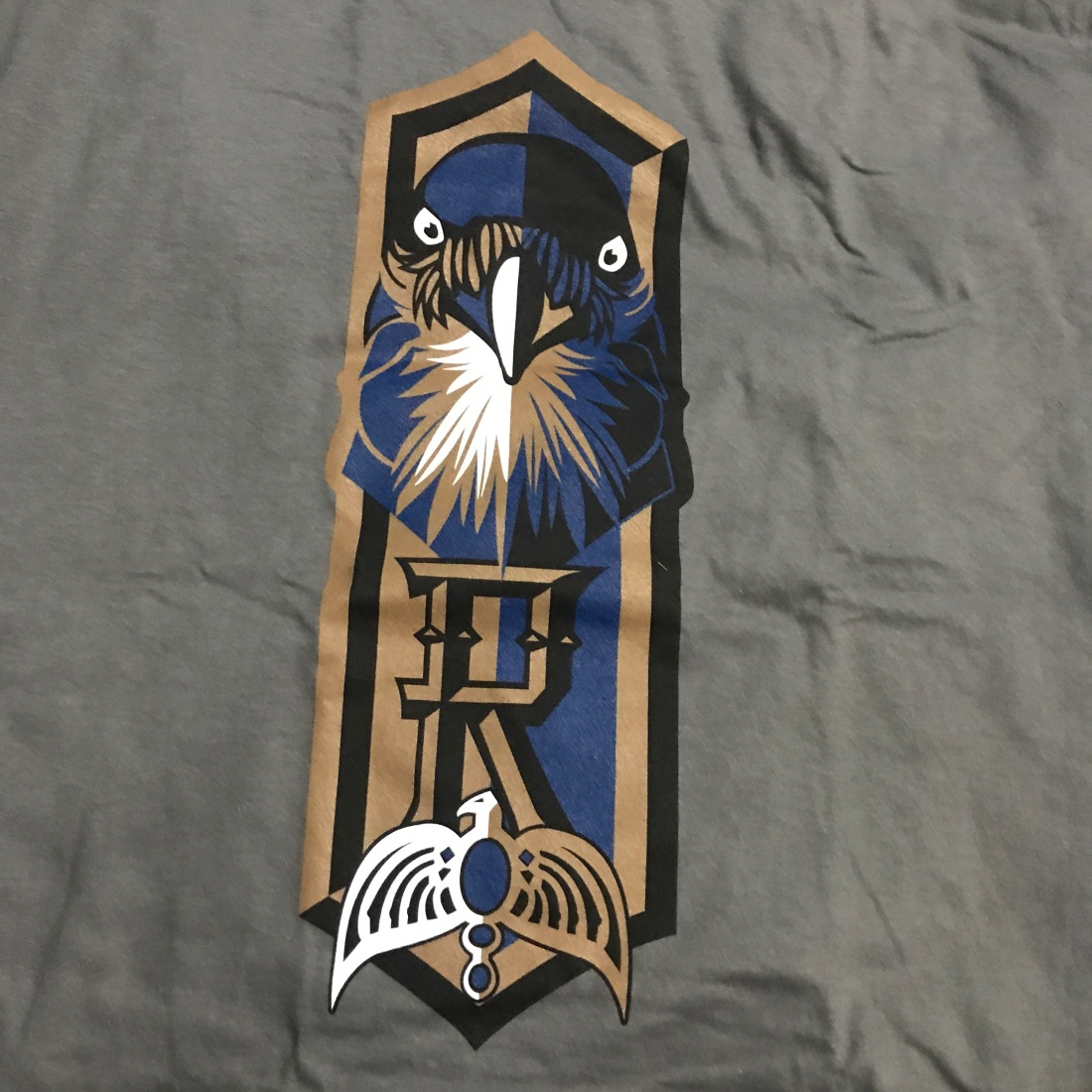 I honestly don’t like this shirt. The colouring I think is what is weird for me because the blue is too dark and the brown kinda colour is just a bit weird. On the Ravenclaw House logo on Pottermore the Raven is a darker brown but the crest behind it is Blue and silver.. So I don’t know, the colours just don’t look right to me. You can see in the booklet photo below this, the design which would have been on the other house’s shirts!. 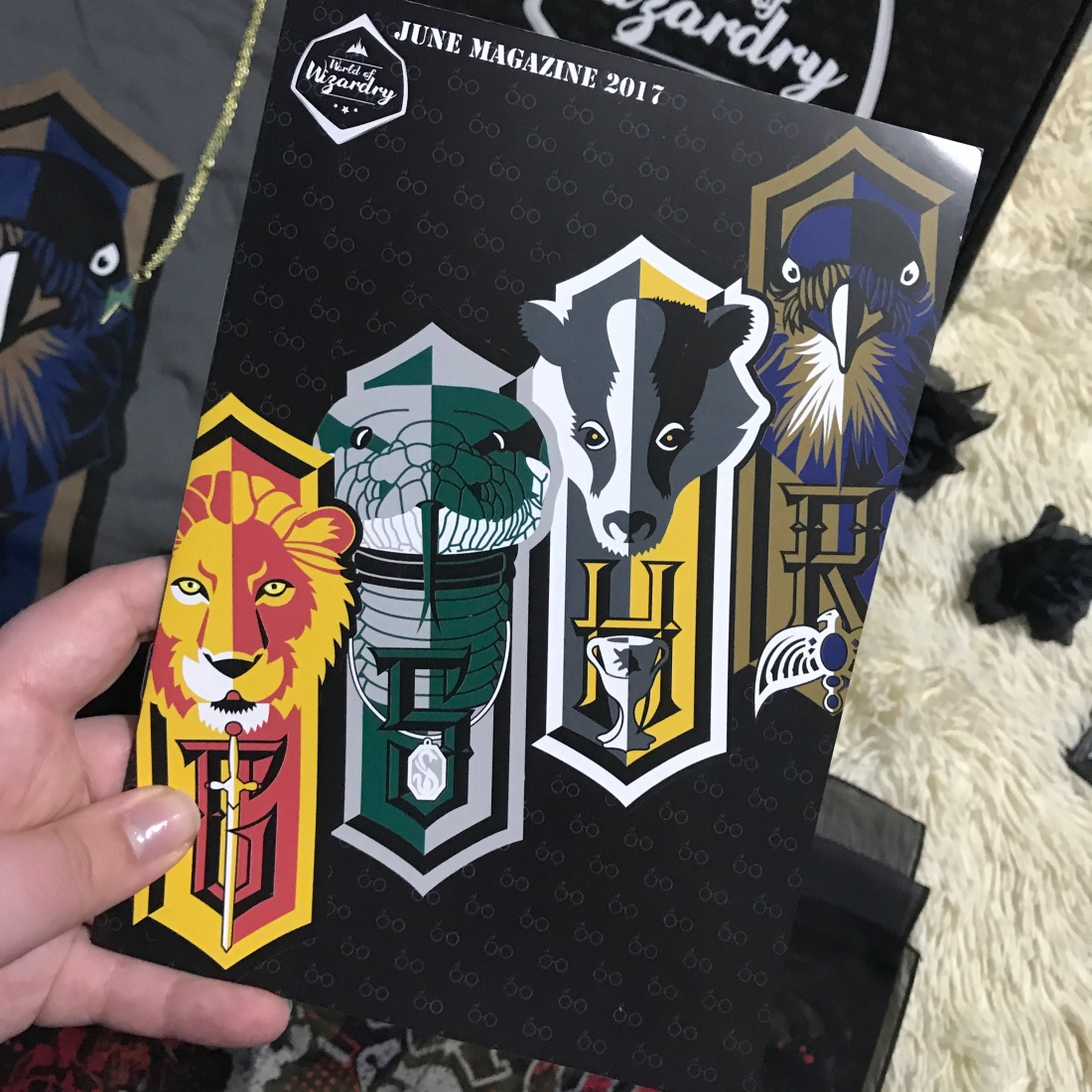 Well that is all for this months GeekGear World of Wizardry box! I really liked this book except the shirt, I wish I had got any of the other houses as they all looked awesome, just Ravenclaws didn’t look right to me. And even though I’m not a Slytherin or Hufflepuff I would have worn those shirts if I had received them because they look cool. But the Ravenclaw one will be put in a giveaway at some point.