Firstly, I would just like to add something because it is Remembrance Day!

In Flanders Fields by John McCrae, May 1915

In Flanders fields the poppies blow
Between the crosses, row on row,
That mark our place; and in the sky
The larks, still bravely singing, fly
Scarce heard amid the guns below.

We are the Dead. Short days ago
We lived, felt dawn, saw sunset glow,
Loved and were loved, and now we lie
In Flanders fields.

Take up our quarrel with the foe:
To you from failing hands we throw
The torch; be yours to hold it high.
If ye break faith with us who die
We shall not sleep, though poppies grow
In Flanders fields.

I didn’t actually go on Goodreads and add anything to my To-Read list this week! So I am going to go on there now and see what War related Historical Fiction books I can find that sound interesting! Seen as it’s Remembrance Day this seems appropriate haha! 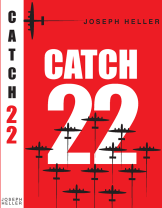 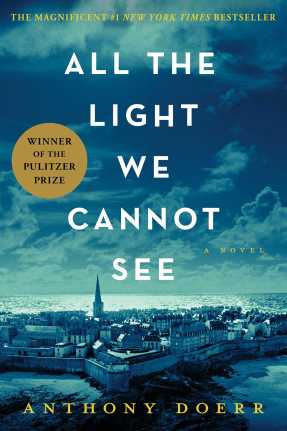 At the heart of Catch-22 resides the incomparable, malingering bombardier, Yossarian, a hero endlessly inventive in his schemes to save his skin from the horrible chances of war.

His problem is Colonel Cathcart, who keeps raising the number of missions the men must fly to complete their service. Yet if Yossarian makes any attempts to excuse himself from the perilous missions that he’s committed to flying, he’s trapped by the Great Loyalty Oath Crusade, the bureaucratic rule from which the book takes its title: a man is considered insane if he willingly continues to fly dangerous combat missions, but if he makes the necessary formal request to be relieved of such missions, the very act of making the request proves that he’s sane and therefore, ineligible to be relieved.

Kurt Vonnegut’s absurdist classic Slaughterhouse-Five introduces us to Billy Pilgrim, a man who becomes unstuck in time after he is abducted by aliens from the planet Tralfamadore. In a plot-scrambling display of virtuosity, we follow Pilgrim simultaneously through all phases of his life, concentrating on his (and Vonnegut’s) shattering experience as an American prisoner of war who witnesses the firebombing of Dresden.

Don’t let the ease of reading fool you – Vonnegut’s isn’t a conventional, or simple, novel. He writes, “There are almost no characters in this story, and almost no dramatic confrontations, because most of the people in it are so sick, and so much the listless playthings of enormous forces. One of the main effects of war, after all, is that people are discouraged from being characters.”

Slaughterhouse-Five is not only Vonnegut’s most powerful book, it is also as important as any written since 1945. Like Catch- 22, it fashions the author’s experiences in the Second World War into an eloquent and deeply funny plea against butchery in the service of authority. Slaughterhouse-Five boasts the same imagination, humanity, and gleeful appreciation of the absurd found in Vonnegut’s other works, but the book’s basis in rock-hard, tragic fact gives it a unique poignancy – and humor

The Winds of the War by Herman Wouk

A Masterpiece of Historical Fiction-The Great Novel of America’s “Greatest Generation” Herman Wouk’s sweeping epic of World War II, which begins with The Winds of War and continues in War and Remembrance, stands as the crowning achievement of one of America’s most celebrated storytellers. Like no other books about the war, Wouk’s spellbinding narrative captures the tide of global events-and all the drama, romance, heroism, and tragedy of World War II-as it immerses us in the lives of a single American family drawn into the very center of the war’s maelstrom.

Paris, July 1942: Sarah, a ten year-old girl, is brutally arrested with her family by the French police in the Vel’ d’Hiv’ roundup, but not before she locks her younger brother in a cupboard in the family’s apartment, thinking that she will be back within a few hours.

Paris, May 2002: On Vel’ d’Hiv’s 60th anniversary, journalist Julia Jarmond is asked to write an article about this black day in France’s past. Through her contemporary investigation, she stumbles onto a trail of long-hidden family secrets that connect her to Sarah. Julia finds herself compelled to retrace the girl’s ordeal, from that terrible term in the Vel d’Hiv’, to the camps, and beyond. As she probes into Sarah’s past, she begins to question her own place in France, and to reevaluate her marriage and her life.

All The Light We Cannot See by Anthony Doerr

Winner of the Pulitzer Prize
From the highly acclaimed, multiple award-winning Anthony Doerr, the beautiful, stunningly ambitious instant New York Times bestseller about a blind French girl and a German boy whose paths collide in occupied France as both try to survive the devastation of World War II.

Marie-Laure lives with her father in Paris near the Museum of Natural History, where he works as the master of its thousands of locks. When she is six, Marie-Laure goes blind and her father builds a perfect miniature of their neighborhood so she can memorize it by touch and navigate her way home. When she is twelve, the Nazis occupy Paris and father and daughter flee to the walled citadel of Saint-Malo, where Marie-Laure’s reclusive great-uncle lives in a tall house by the sea. With them they carry what might be the museum’s most valuable and dangerous jewel.

In a mining town in Germany, the orphan Werner grows up with his younger sister, enchanted by a crude radio they find. Werner becomes an expert at building and fixing these crucial new instruments, a talent that wins him a place at a brutal academy for Hitler Youth, then a special assignment to track the resistance. More and more aware of the human cost of his intelligence, Werner travels through the heart of the war and, finally, into Saint-Malo, where his story and Marie-Laure’s converge.

City of Thieves by David Banioff

From the critically acclaimed author of The 25th Hour, a captivating novel about war, courage, survival — and a remarkable friendship that ripples across a lifetime.

During the Nazis’ brutal siege of Leningrad, Lev Beniov is arrested for looting and thrown into the same cell as a handsome deserter named Kolya. Instead of being executed, Lev and Kolya are given a shot at saving their own lives by complying with an outrageous directive: secure a dozen eggs for a powerful Soviet colonel to use in his daughter’s wedding cake. In a city cut off from all supplies and suffering unbelievable deprivation, Lev and Kolya embark on a hunt through the dire lawlessness of Leningrad and behind enemy lines to find the impossible.

By turns insightful and funny, thrilling and terrifying, City of Thieves is a gripping, cinematic World War II adventure and an intimate coming-of-age story with an utterly contemporary feel for how boys become men.

Well, that’s it! If you have read or reviewed any of these let me know!