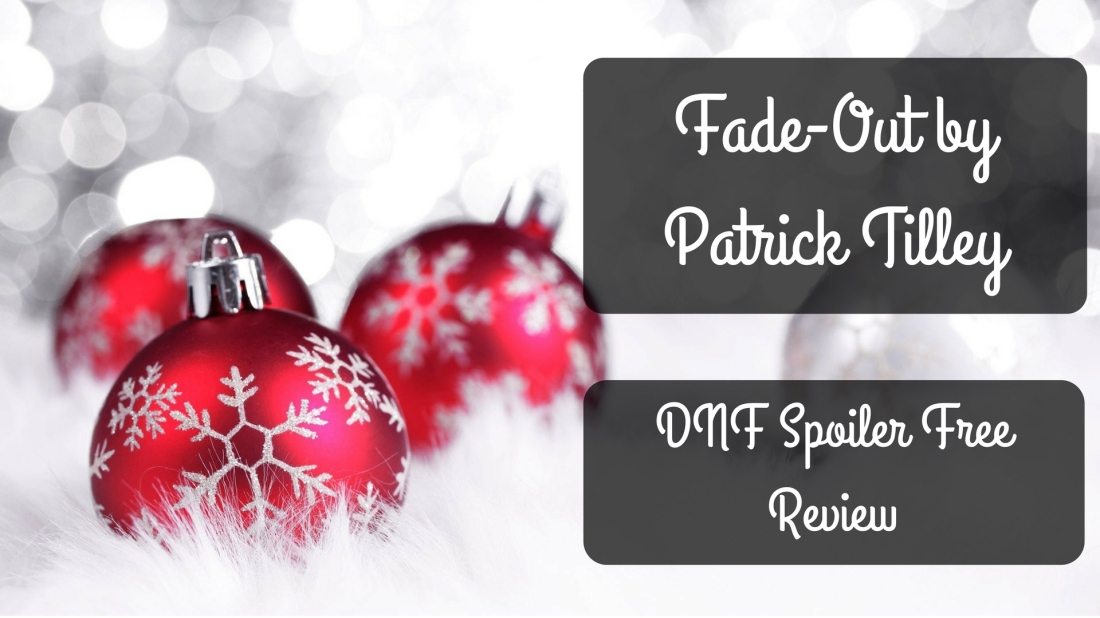 Title: Fade-Out
Author: Patrick Tilley
Genre: Sci-Fi
Publication Date: Dec 14th, 2017 (first published in 1975)
Pages: I have no idea at Goodreads doesn’t say and I have an ARC of it (Loc 7604)
Publishers: Bloomsbury Publishing Plc
Rating:

When an object of undeniably extra-terrestrial origin appears, the world is thrown into panic. Is this alien race harmless or a danger to humanity? Nine weeks later, civilization is on the edge of a total breakdown more devastating than any nuclear war or natural disaster.

Patrick Tilley, author of best-selling science fiction series The Amtrak Wars, creates in Fade-Out a chilling thriller of humanity’s first contact with advanced alien intelligence; a high tension tour-de-force that will stay with you long after you have turned the last page.

‘Tension builds and builds, up to an astonishing climax’ Daily Mirror

A new paperback edition will be out in December. 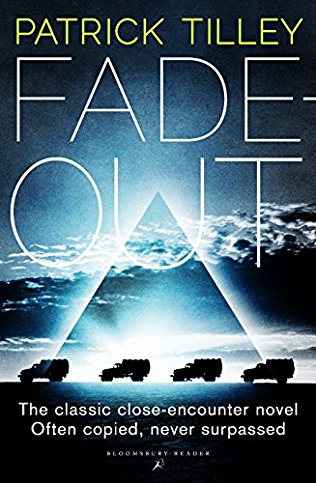 Okay, so it is not that I am absolutely hating this book, it’s more that it’s simply not for me.

The writing in this book is fine. It’s well written but a little hard to understand especially with a lot of abbreviations and technical terms that I have no idea the meaning of. It took me about 3 chapters to realise AFB stood for Air Force Base and I still don’t know what SAC or NORAD stands for.

In the front of the book, there is a guide to all the characters and what their job is, as we are working with politicians, scientists, engineers and heaps of other people that have official titles. Which is great if you can remember them as it’s not easy on an eBook to just go back to the start and check like it is to just flick back the pages in a book. Then there are the names themselves! Some of them get called by both their first and last names by different characters and it’s just so hard to keep track of who is who!

AND IT IS SO DAMN SLOW!!! I like action packed, fast paced books! Some of the time I don’t mind a slower start especially if it is building a fantastic fantasy world! Like for example, Strange the Dreamer. But this book its just a group of men sitting in different locations discussing basically the same thing over and over! The first 10% of the book drove me wild as it was just them going back and forward wondering whether it is the Russians doing this stuff and because I read the synopsis where it says ‘extra-terrestrial’ I already know who is doing it! So this back and forward was driving me insane.

Due to the fact that I am only 17% into the book (which is about 100 pages according to (the amazing) BookOut App), there hasn’t really been a plot yet! Like I said in the Writing section it’s just men sitting around discussing things! (Also, where are all the women?!)

I have absolutely no connection or really an opinion on any of the characters as there are just so many and I barely know who is who. The only 2 fairly constant characters seem to be the president and his Assistant and I still don’t feel anything towards them. I have nothing bad to say about them, or anything good as I just don’t feel anything at all.

Overall, this book just isn’t for me. If you enjoy slower sci-fi books with not much going on, then you may love it. However, it is just not for me. It’s too slow, too confusing and I just felt bored reading it.

Also, just a side note. I’m confused as to why this book exists and why it was on NetGalley as a new release. The book was originally published in 1975..

I was provided with an eGalley of this book in exchange for an honest review. Thank you very much to Bloomsbury Publishing Plc & NetGalley for this opportunity.