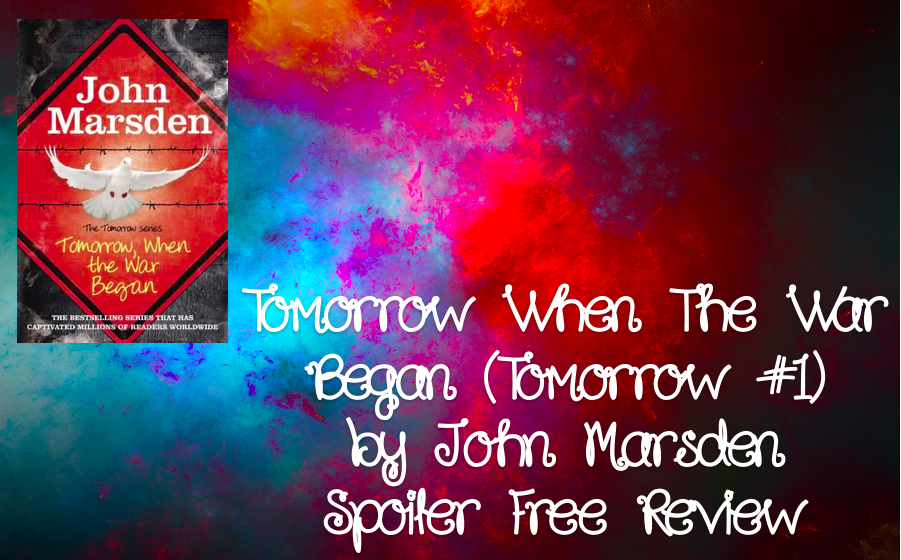 Australia has been invaded and nothing is as it was. Seven teenagers are camping in a remote area of the Bush and when they return home everything has changed: their families are missing and their animals are dead.

So I have actually started this book before. This book was one I was meant to read for English in Highschool, I think it was about Year 10! I’m pretty sure I never actually finished the whole thing. For the assignment we had I really didn’t need to read the whole thing, I read about half I think, that where in the book it started getting unfamiliar, but I have seen the movie, so I still knew what was going on as the movie stays pretty close to accurate for this book!

Well honestly I have no idea what the bird it for, maybe the innocence that Ellie said they lost on the day they returned from”Hell” I don’t know. But it’s still an alright cover! I actually prefer the Scholastic one, below, it just fits the story better with the jets over the showgrounds scene.

I enjoyed the writing in this book, I liked that it was written from Ellie’s memory rather than it actually happening. It made it interesting as Ellie’s thoughts at the time she was writing it and the thoughts going through her head as the things happened both showed! I really enjoyed that!

I started enjoying the plot the first time I read this and now reading it and finishing it I still really like it. I enjoy reading books related to war, whether it be historical fiction or books like this. So this was right down my alley. There really isn’t an end to this book, this isn’t a book that you can read and not even think about picking up the next book in the series. When finishing this book, you just know there is more and that this isn’t over and you just want to pick up the next one and keep going (but unfortunately I don’t own the other atm or I would read the whole series now)! I also like that this book doesn’t really end on a good note, majority of books end that way and it’s just nice to read one that doesn’t. Like it ends kind of good and then the last chapter it goes to crap again.

I enjoyed all of them except Kevin, I still enjoy him as a character in this book and the part he plays but I honestly think that if I knew him in really life we would argue regularly and it would probably end in a punch in the nose, but oh well. I like Ellie, Corrie & Fi, they are all strong characters in there own way and I love seeing them develop! I also really liked Homer and Lee, I also love seeing them develop, especially Homer! Chris is the only other main one and I still don’t know about him, he hasn’t been there since the start so I still haven’t figured him out except that he is a stoner.

I really enjoyed this book, it was such a quick book and I think I actually finished it in under 24 hours, I just don’t remember exactly what time I started it yesterday to know if that it 100% true or not. I really wish I had the rest of the series as they are such quick and easy reads and I want to know what happens next! I can’t even go watch the movie as they only made the first one and stopped, they made a trailer and that was it, which sucks because I liked that movie!

Well that is all for today! I promise! This is post 4 for today and now I’m going to lay in bed and start Murder on the Orient Express by Agatha Christie and then sleep!