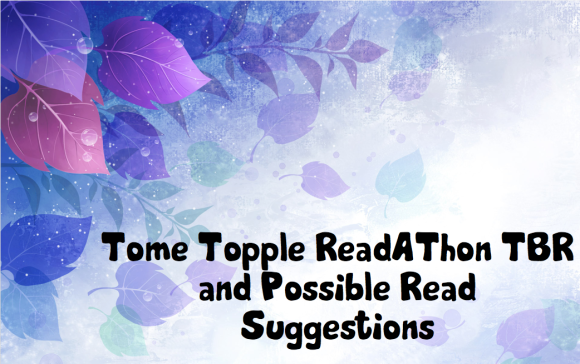 So Caz over at Little Book Owl on youtube just posted her video announcing the Tome Topple ReadAThon as she is co-hosting it! I have been keeping my eye out for a readathon that interests me for a while as I haven’t done one in a month or two I think.

This ReadAThon runs from the 18th of November until the 1st of December. The only rule or guideline is to read as many books that have over 500 pages as you can!

So in this post, I will be talking about possible books I can read for this ReadAThon, this way it allows me leeway, instead of setting an exact reading list for myself I have the option. This can also help other people that want to participate for ideas of what they can also read. Along with my possible reads, I will post at the bottom a few books that I have already read that are over 500 pages so others have some ideas.

First I will add books that will be rereads and will most likely be the books that I choose to read because… well you surely will understand when you see which books I’m talking about!

The last 4 Harry Potter books all have over 500 pages!

Harry Potter and the Goblet of Fire
Pages: 636

Harry Potter and the Order of the Phoenix
Pages: 766

So obviously this is the second book in a series, so I wouldn’t suggest reading it until you have read Illuminae.

The Book Thief by Markus Zusak

This is the second time this book has been on my TBR for a ReadAThon, so hopefully I might actually get to it.. Maybe haha.

It’s just a small story really, about among other things: a girl, some words, an accordionist, some fanatical Germans, a Jewish fist-fighter, and quite a lot of thievery. . . .

Set during World War II in Germany, Markus Zusak’s groundbreaking new novel is the story of Liesel Meminger, a foster girl living outside of Munich. Liesel scratches out a meager existence for herself by stealing when she encounters something she can’t resist–books. With the help of her accordion-playing foster father, she learns to read and shares her stolen books with her neighbors during bombing raids as well as with the Jewish man hidden in her basement before he is marched to Dachau.

This is an unforgettable story about the ability of books to feed the soul.

Now onto suggestions of books over 500 pages that I have either read or just aren’t part of the books I’m considering reading for this ReadAThon!

Highly Recommend this book! As so pages can have one or two words and some a paragraph or so, or even drawings or floor plans this book takes barely any time to get through even though it is so large!

One moment, Kady Grant and Ezra Mason have nothing bigger to worry about than each other. Specifically, avoiding each other in the wake of their messy break-up. In the next second, their entire world falls apart.

The year is 2375 and one of the mega-corporations that control much of deep space has just fired the opening salvo in an intergalactic war, destroying Kady and Ezra’s planet. Forced to flee on a small fleet of crippled rescue ships alongside thousands of other refugees, the fear of enemy warships chasing them down is at first all-consuming but soon becomes the least of their worries. A deadly plague is ravaging the refugees on the ships; the fleet’s AI, which should be protecting them, may actually be an enemy; and High Command is refusing to acknowledge that there may be a serious problem. As Kady plunges into a tangled web of data in search of the truth, she realises that Ezra is possibly the only person who can help her save the refugees before it’s too late.

All of the released books in this series have over 500 pages, so you could attempt to read this series for the ReadAThon!

When world-renowned Harvard symbologist Robert Langdon is summoned to a Swiss research facility to analyze a mysterious symbol—seared into the chest of a murdered physicist—he discovers evidence of the unimaginable: the resurgence of an ancient secret brotherhood known as the Illuminati … the most powerful underground organization ever to walk the earth. The Illuminati has now surfaced to carry out the final phase of its legendary vendetta against its most hated enemy—the Catholic Church.

Langdon’s worst fears are confirmed on the eve of the holy conclave, when a messenger of the Illuminati announces they have hidden an unstoppable time bomb at the very heart of Vatican City. With the countdown under way, Langdon jets to Rome to join forces with Vittoria Vetra, a beautiful and mysterious Italian scientist, to assist the Vatican in a desperate bid for survival.

Embarking on a frantic hunt through sealed crypts, dangerous catacombs, deserted cathedrals, and even the most secretive vault on earth, Langdon and Vetra follow a 400-year-old trail of ancient symbols that snakes across Rome toward the long-forgotten Illuminati lair … a clandestine location that contains the only hope for Vatican salvation. 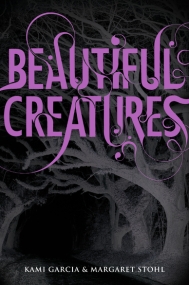 This doesn’t include the last book, Beautiful Redemtion as it has under 500 pages but the others are all over!

Lena Duchannes is unlike anyone the small Southern town of Gatlin has ever seen, and she’s struggling to conceal her power, and a curse that has haunted her family for generations. But even within the overgrown gardens, murky swamps and crumbling graveyards of the forgotten South, a secret cannot stay hidden forever.

Ethan Wate, who has been counting the months until he can escape from Gatlin, is haunted by dreams of a beautiful girl he has never met. When Lena moves into the town’s oldest and most infamous plantation, Ethan is inexplicably drawn to her and determined to uncover the connection between them.

In a townA no surprises, one secret could change everything.

Again another series! My bad haha.

Well that’s it! Let me know if you are participating in this ReadAThon!

The Remnant Chronicles? ACOMAF? ACOTAR? Ummm…I’m thinking here…
The Host?
Any of these strike your fancy? (You might have already read some)

I meant to say ACOTAR as I haven’t read it yet.
Wasn’t even thinking when I typed that! 😂😂

I know: the acronyms are so similar that I get them confused all the time!
That’s a good pick!

Great suggestions!
Thanks a tonne!
I was thinking of getting ACOMAF at least, will see what happens!