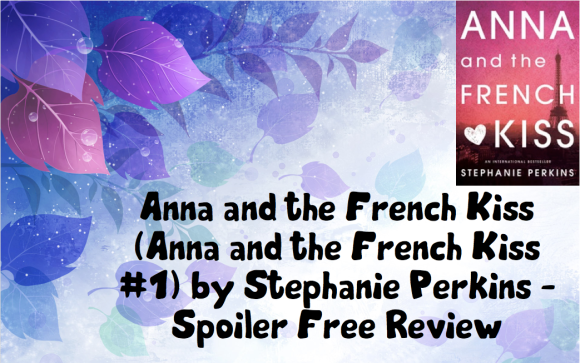 Anna has everything figured out – she was about to start senior year with her best friend, she had a great weekend job, and her huge work crush looked as if it might finally be going somewhere… Until her dad decides to send her 4383 miles away to Paris. On her own.

But despite not speaking a word of French, Anna finds herself making new friends, including Etienne, the smart, beautiful boy from the floor above. But he’s taken – and Anna might be too. Will a year of romantic near-missed end with the French kiss she’s been waiting for? 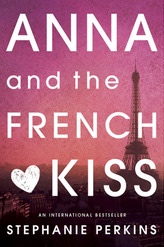 I absolutely loved this book. It was such a cute read. It was also a nice, easy and fast read.

Unfortunately, I did get kind of spoiled for a certain part of this book. I saw a post on Instagram that someone was reading Isla and the Happily Ever After and something they said spoiled part of Anna and the French Kiss. I kinda knew it was going to happen anyway, for me contemporary reads I can usually predict what’s going to happen as I go.

Writing:
The writing in this book is amazing, I love how things were described in this book, especially Paris! I could really visualise the places, which for someone who has never even left Australia was really nice. I also loved the incorporation of the odd bit of french in the book.

Plot:
Even though at times it was a bit predictable, I did really enjoy the plot. I love that there was family drama between Anna and her father and that it was something that people could relate to. I also thought it was pretty interesting that her Father was a writer of those, in my opinion, crappy love novels where one character has a life-threatening disease and they fall in love, blah, blah, blah. I don’t like those types of books. Moving on.
I also loved (even though that’s not the word I should be using when explaining) St. Clair’s family issues. However, they were issue’s that were real and can be relatable to certain people.
I felt like so much of this book could be relatable for certain people, which I love because certain parts could be relatable to different people instead of the whole book only being relatable to one group of people! If that makes any sense..
Overall the plot for this book was really well done and paired with the Characters, it was an amazing book.

Characters:
Firstly, let’s just get this out of the way now.
St Clair’s father is a dick, there is no better way to describe it. I have honestly not hated a character this much since Umbridge!
Moving on.
I really enjoyed Anna’s character and I like that we found out so much about her, and about most of the characters for that matter.
All the little things make so much of a difference when reading about a character, it takes them from 2D to 3D and I felt like the author really captured it for Anna, St. Clair, Rashmi, Mer, Josh and even Bridge and Toph.
St. Clair is a very complicated character, but he is still an amazing and very well done character. Some of the decision’s he makes, you kinda feel like slapping and yelling at him, but in the end, you understand why he made those decisions and why he is the way he is.
Rashmi and Mer were also very well done characters. Rashmi at first was very distant but she does end up opening up to Anna and you find out so much about her and you really understand and feel for her. Mer is also a bit of a complicated character and there was a bit a conflict between Mer and Anna throughout the book, which is understandable and you can really understand how Mer is feeling and how her she is but in the end she is very understanding and accepting and I love that. I really love books that show true acts of friendship!
Josh, I felt like we could have known more but the bits we did know were done well. His personality and how he acts towards the end when he is upset that all his friends are graduating and leaving the school and he will be left alone, you really feel for him.
Bridge and Toph, you have to hate on by default. The main thing that pissed me off about Toph is when Anna is leaving the bowling alley and he pretends like nothing is wrong and asks ‘what’s up’ with Anna as if he wouldn’t know. That pisses me off. Whereas Bridge you don’t hate on as much as you should because in a way Anna is doing the same thing to Mer that Bridge did to her. And like in Anna’s case, these things just happen.
And then there is Dave, all I am going to say is GROSS.

Overall:
I really enjoyed this book and I would defiantly recommend this to anyone who just wants a light, funny and fluffy read.

[…]  Anna and the French Kiss by Stephanie Perkins […]

[…] Anna and the French Kiss by Stephanie Perkins […]