My first TV series review! So I’m not 100% sure how to go about this as it’s a bit different to writing book reviews where I break it down into writing, characters & plot.. So for TV shows I think I’m going to break it down into Actors/Characters & Plot and maybe in the next review I might add more, or I might even add more as I go.. We will just see what happens!

This won’t be spoiler free, I’ll be talking about the characters and who they are at the start but that is all.. However if you want to go into this show knowing nothing, then turn back now!!

Hundreds of years from now, surviving humans discover how to send consciousness back through time, into people of the 21st century, while attempting to save humanity from a terrible future.

Okay, so first I will break it down a bit so you know who I’m talking about here.

Going by the image above: 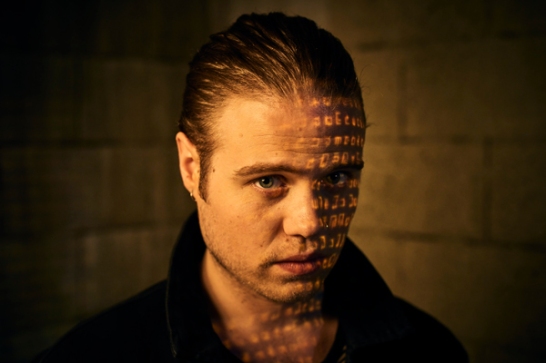 So, as it said in the IMBD synopsis they have learnt how to send consciousness back in time to another body. Marcy, Grant, Trevor, Carly & Philip are all examples of this.. David is a normal person in his own time and he knew the Marcy from before the new consciousness took over her body. As it is against the rules to tell other people about who they actually are Marcy avoids the truth with him, but in her case it’s kinda hard not to notice something has changed (watch it and you will figure it out).

I didn’t have any issues with any of the actors, they all played their parts well and at no point was I think jesus christ this guy needs acting lessons, the whole time it felt real, well as real as a sci-fi fantasy can be! I think MacKenzie Porter is a great actor to have played 3 different forms of Marcy in the tv show, you will understand when you watch it. All the characters just went together nicely. There was some guys that I didn’t like, but that was the point, they were all bad people.

Jeff Conniker (above) played by J. Alex Brinson was an example of a bad person, honestly he was a dick and I would have kicked him in the balls myself if I had been Carly! What did confuse me is that they call him Carly’s husband a few times in the show, yet they have different last names, I know that can be done, but it’s not a regular thing to see.. So I don’t know!

I really liked the plot and the concept of this show! It’s so interesting and kinda different, not to send people back in time, but their consciousness! That is such an awesome idea and concept! I love that I was never bored watching this show, there was always something interesting on.  And it definitely had a cliffhanger at the end so I’m assuming there will be a season 2, but it will probably be a fair way away yet as this season only came out in December.

Well I don’t really know what else to say, so I’m going to wrap it up there! I did really enjoy this show, and for my first tv show review, I think I did pretty good. So that is all! Have you watched Travelers