Here is all the books that sound interesting and I’m keen to read. Even though it probably won’t be for a while as I’m trying to read the books I have and also finish series that I started. I will also add in some sequels to books that I am interested in starting that are being released in February.

Beware the goblin men and the wares they sell.

All her life, nineteen-year-old Liesl has heard tales of the beautiful, mysterious Goblin King. He is the Lord of Mischief, the Ruler Underground, and the muse around which her music is composed. Yet, as Liesl helps shoulder the burden of running her family’s inn, her dreams of composition and childish fancies about the Goblin King must be set aside in favor of more practical concerns.

But when her sister Käthe is taken by the goblins, Liesl journeys to their realm to rescue her sister and return her to the world above. The Goblin King agrees to let Käthe go—for a price. The life of a maiden must be given to the land, in accordance with the old laws. A life for a life, he says. Without sacrifice, nothing good can grow. Without death, there can be no rebirth. In exchange for her sister’s freedom, Liesl offers her hand in marriage to the Goblin King. He accepts.

Down in the Underground, Liesl discovers that the Goblin King still inspires her—musically, physically, emotionally. Yet even as her talent blossoms, Liesl’s life is slowly fading away, the price she paid for becoming the Goblin King’s bride. As the two of them grow closer, they must learn just what it is they are each willing to sacrifice: her life, her music, or the end of the world.

Long May She Reign by Rhiannon Thomas 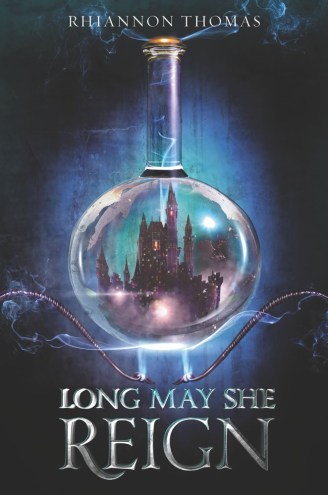 The Girl of Fire and Thorns meets The Queen of the Tearling in this thrilling fantasy standalone about one girl’s unexpected rise to power.

Freya was never meant be queen. Twenty third in line to the throne, she never dreamed of a life in the palace, and would much rather research in her laboratory than participate in the intrigues of court. However, when an extravagant banquet turns deadly and the king and those closest to him are poisoned, Freya suddenly finds herself on the throne.

Freya may have escaped the massacre, but she is far from safe. The nobles don’t respect her, her councillors want to control her, and with the mystery of who killed the king still unsolved, Freya knows that a single mistake could cost her the kingdom – and her life.

Freya is determined to survive, and that means uncovering the murderers herself. Until then, she can’t trust anyone. Not her advisors. Not the king’s dashing and enigmatic illegitimate son. Not even her own father, who always wanted the best for her, but also wanted more power for himself.

As Freya’s enemies close in and her loyalties are tested, she must decide if she is ready to rule and, if so, how far she is willing to go to keep the crown.

Releases From Series I Want To Read 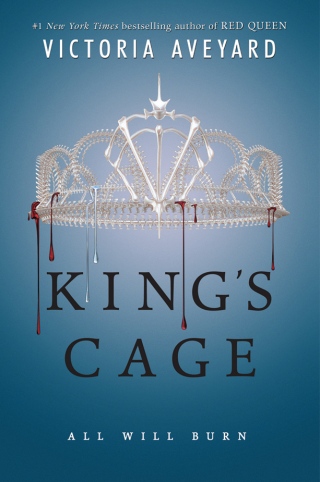 This is a world divided by blood – red or silver.

The Reds are commoners, ruled by a Silver elite in possession of god-like superpowers. And to Mare Barrow, a seventeen-year-old Red girl from the poverty-stricken Stilts, it seems like nothing will ever change.

That is, until she finds herself working in the Silver Palace. Here, surrounded by the people she hates the most, Mare discovers that, despite her red blood, she possesses a deadly power of her own. One that threatens to destroy the balance of power.

Fearful of Mare’s potential, the Silvers hide her in plain view, declaring her a long-lost Silver princess, now engaged to a Silver prince. Despite knowing that one misstep would mean her death, Mare works silently to help the Red Guard, a militant resistance group, and bring down the Silver regime.

But this is a world of betrayal and lies, and Mare has entered a dangerous dance – Reds against Silvers, prince against prince, and Mare against her own heart.

A Conjuring of Light by V.E. Schwab 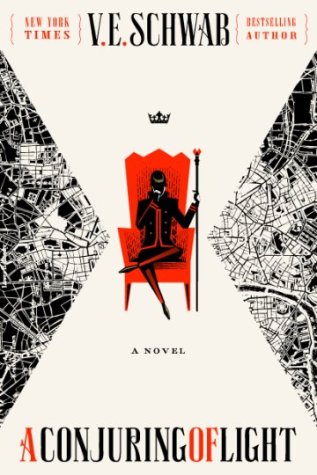 Kell is one of the last travelers–magicians with a rare, coveted ability to travel between parallel universes connected by one magical city.

There’s Grey London, dirty and boring, without any magic, and with one mad King–George III. Red London, where life and magic are revered–and where Kell was raised alongside Rhy Maresh, the roguish heir to a flourishing empire. White London–a place where people fight to control magic and the magic fights back, draining the city to its very bones. And once upon a time, there was Black London. But no one speaks of that now.

Officially, Kell is the Red traveler, ambassador of the Maresh empire, carrying the monthly correspondences between the royals of each London. Unofficially, Kell is a smuggler, servicing people willing to pay for even the smallest glimpses of a world they’ll never see. It’s a defiant hobby with dangerous consequences, which Kell is now seeing firsthand.

Fleeing into Grey London, Kell runs into Delilah Bard, a cut-purse with lofty aspirations. She robs him, saves him from a deadly enemy, and finally forces Kell to spirit her to another world for a proper adventure.

Now perilous magic is afoot, and treachery lurks at every turn. To save all of the worlds, they’ll first need to stay alive.

One Blood Ruby by Melissa Marr

Lilywhite Abernathy is a criminal. Her father’s “unconventional” business has meant a life of tightly held secrets, concealed weaponry, and a strict code. But Lily’s crime isn’t being the daughter of a powerful mob boss. Her guilt lies in the other half of her DNA—the part that can coax ancient rumors from stones and summon fire with a thought. Lily is part fae, which is a crime in her world.

From the time before she was born, a war has been raging between humanity and fae. The Queen of Blood and Rage, ruler of both the Seelie and Unseelie courts, wants to avenge the tragic death of her heir—a death that was the fault of reckless humans.

Lily’s father has shielded her from the repercussions of her ancestry…until she is sent to the prestigious St. Columba’s school, straight into the arms of the Black Diamonds.

Mysterious, glamorous, and bound together in their mission but constantly at odds, Zephyr, Creed, Will, Roan, Violet, and Alkamy are a Sleeper cell of fae, planted in the human world to help destroy it from within. With covers as rock stars and celebrity children, the Black Diamonds carry out the queen’s war against humanity. And unbeknownst to Lilywhite, she’s been chosen to join them.

Now more than ever, Lily’s heritage puts her in peril, and even the romantic attention of the fae singer Creed Morrison isn’t enough to keep Lily from wanting to run back to the safer world of organized crime.

Melissa Marr returns to faery in a dramatic story of the precarious space between two worlds and the people who must thrive there.

Well that is all for February’s Anticipated Releases!

I really want to read Long May She Reign. They had me excited just with “The Girl of Fire and Thorns meets The Queen of the Tearling” because I love both of those series. Also, the cover is gorgeous and the fact than she went from twenty third in line to the throne to queen has me really intrigued.

I read Red Queen, but never read the second book in the series. I need to catch up so I can read King’s Cage. Also, I haven’t read any book in the Shades of Magic series but I own the first 2 books. I want to read them before A Conjuring of Light comes out, but I don’t know if I’ll have the time.

I haven’t read the Queen of the Tearling yet and I haven’t heard of The Girl of Fire and Thorns I don’t think.. but Long May She Reign looks really interesting and that intrigued me too!!

I really want to get to both Red Queen and Shades of Magic series but I just haven’t got there yet.
Trying to finish the series I have started at the moment before I start new ones.