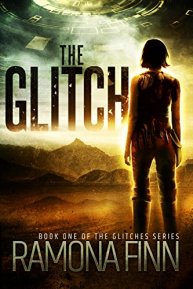 I’ve fallen hard for an alien, but he’s harboring secrets.
Massive secrets that threaten the very essence of humanity.
How can I give him my heart when his race plans on taking my future?

Sadie Owens has been slowly dying inside. Bit by bit, piece by piece, day by day. Trapped in a life she hates, she relies on only one person—herself.

Despised by her family and betrayed by an unscrupulous government, Sadie dreams of a different life. When she is chosen to participate in the government’s new social experiment, she is ecstatic at the prospect of spending six months in Thalassic City, the shiny new city under the sea.

Immediately drawn to Logan Chandler, Sadie is captivated by the beautiful boy with the ocean-blue eyes. Logan seems to embody everything that has been forbidden, but he isn’t all he appears to be.

Confused over Logan’s true intentions and concerned when best friend Jenna starts transforming in front of her eyes, Sadie partners with newcomer Jarod in a bid to uncover the government’s real agenda. The truth is more shocking than anything she could ever have imagined.

When Sadie finally understands why the Saven walk among us, will it be too late to save her heart and the human race?

The White Aura by Felicia Tatum

If he meets her, she will die. Twenty year old sorcerer and college student Scott Tabors knew he’d found his heart mate the moment he saw seventeen year old Olivia Whitehead outside of a coffee shop. He longs for her, he wants her, and he knows she will be his. But due to a curse on his family, he can’t meet her. Not yet. So for now, he visits her in her dreams, where he can tell her everything but his name.

Olivia Whitehead and her best friend Juniper are enjoying their junior year and are as close as sisters. But Olivia can’t tell anyone about the strange changes she’s experiencing, beginning with steamy dreams featuring a mysterious dark haired young man. But what will happen when the school heartthrob starts showing interest? Will she wait around for her dream man, or will she move on?

Then, when Olivia’s life is put in danger by a new threat, Scott must find a way to save her – without condemning her to an early death.

The Glitch by Ramona Finn

On the brink of extinction, being human means more than just surviving.

In Lib’s world, it’s dangerous to stray from the Norm. In fact, for someone who doesn’t live up to the AI’s standards, it’s practically a death sentence. Lib learns this the hard way when she wakes up with her memories erased in a barren wasteland, and only one thought lodged in her mind:

It’s all her fault.

Lib is a Glitch—an imperfect human component of the utopian Norm. Utterly alone, she’ll have to team up with her fellow Glitches Skye and Raj and the mysterious Rogue Wolf and his clan to survive. Wolf only cares about the survival of his group, but Raj thinks they can hack the AI and change the Norm for the better.

Now, Lib will have to decide which path to choose—whether to go with handsome loner Raj or stay with Wolf and his tight-knit group. Her heart is drawn to both, but she’s carrying a deadly secret that could jeopardize them all. Will she be able to save her newfound family and stop the AI before it’s too late? 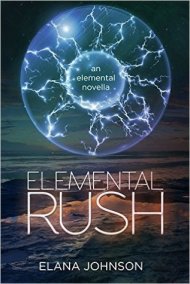 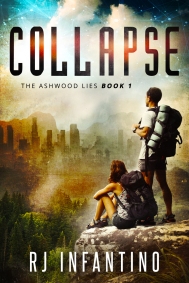 Eighteen-year-old Adam Gillman has trained for twelve years to earn a coveted spot on the Supreme Elemental’s elite sentry squad. His brother, Felix, is the commander, but Adam is still thrilled when his official assignment to serve Alexander Pederson comes.

He moves into nicer quarters and can stop getting up at four a.m. to complete his mandated workout time. He still rises early though, because he needs the solitude to practice his airmaking Element—something that Adam has kept secret from everyone, even Felix, because he can’t be both an Airmaker and a sentry.

When Alex assigns him to kill a group of rogue Elementals, he balks at completing his mission for the first time. See, his only friend is Isaiah Hawking, and he’s the Earthmover on the accused Council. When faced with the prospect of killing him, Adam finds he can’t do it.

When Alex buries the Elemental Academy—and kills over one thousand Elementals—in a fit of rage, Adam’s loyalty cracks. When he discovers that Alex is really a woman, and his brother’s lover, he defects. He hops from city to city, from Elemental school to Elemental school, always escaping only minutes before Felix can embed a knife in his heart or a tsunami can make a classroom his watery grave.

He tries to fight back, but he’s just one untrained Airmaster with exceptional tracking skills. He does his best to warn those in danger, but as the last Elemental school goes up in flames, he knows he needs to get some real firepower on his side.

How far would you go to save your friends?

When Chase finds survival gear hidden in the attic of his boarding school, he realizes Ashwood Prep isn’t what it seems. Thrust into a conspiracy that is centuries old, he can choose to run or stand up and fight.

After an earthquake cuts the school off from the rest of the world, Chase has to figure out who’s a friend, who’s an enemy, and if there’s really any difference at all. As the world starts to collapse, trusting the wrong person can have deadly consequences. Caught between his classmates and the professors’ schemes, he can’t afford to choose wrong. It would all be a lot easier if Taylor and Maya weren’t pulling him in opposite directions.

Is it really the apocalypse? Or is it something much worse?

The Prince, A Betrayal, & a Kiss  by Kristin D. Van Risseghem

Like most Winter fairies, Finnegan is one of few words, but he fulfills his princely duties without too much protest. That is, until he meets Sidelle—a Summer fairy princess. For the unlikely pair, it seemed their meeting was destiny. But their forbidden bond is discovered and torn apart.

Now, the Finnegan must escape his mother’s clutches to find his love and apologize, beg forgiveness, and show her the depth of his feelings. But instead of finding Sidelle, Finnegan befriends a dark stranger who leads him down a troubling path, tricking him into becoming someone he despises—exactly how a Winter fairy should behave—one who Sidelle may never trust.

Well that is all for this week! I received all of these books as freebies from instafreebies I’m pretty sure!

I enjoyed Seven Deception! Though I hardly remember much of it anymore haha.

Well that’s good then.
I’m still yet to read any of the books I’ve received for free