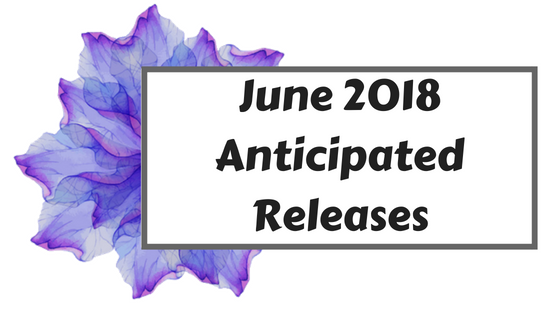 Again there are only 3 books on this list. There are a few books coming out in June that are sequels to books that I really want to read but haven’t got to them yet. I won’t add them to this list though. As for the 3 I am anticipating, let’s get into it!

Whisper of the Tide by Sarah Tolcser

Caro Oresteia spent her life waiting to be called by the river god, as those in her family had been for generations. But when she’s swept away on an adventure to save the Akhaian royal prince, Markos, her destiny is sealed by the sea god instead.

For now, Caro is landlocked, helping Markos reclaim his throne after nearly his entire family was assassinated in a political coup. Without any financial or military support, Markos is desperate for allies, and Caro has fought off more than one attempt on his life. When a powerful Archon offers his army in exchange for Markos’s marriage to his daughter, Caro must choose: Her love for Markos, or the fate of Akhaia? And more importantly: How much is she willing to risk to defy the sea god’s wishes and chart her own course?

A Reaper at the Gates by Sabaa Tahir

Beyond the Empire and within it, the threat of war looms ever larger.

The Blood Shrike, Helene Aquilla, is assailed on all sides. Emperor Marcus, haunted by his past, grows increasingly unstable, while the Commandant capitalizes on his madness to bolster her own power. As Helene searches for a way to hold back the approaching darkness, her sister’s life and the lives of all those in the Empire hang in the balance.

Far to the east, Laia of Serra knows the fate of the world lies not in the machinations of the Martial court, but in stopping the Nightbringer. But while hunting for a way to bring him down, Laia faces unexpected threats from those she hoped would aid her, and is drawn into a battle she never thought she’d have to fight.

And in the land between the living and the dead, Elias Veturius has given up his freedom to serve as Soul Catcher. But in doing so, he has vowed himself to an ancient power that will stop at nothing to ensure Elias’s devotion–even at the cost of his humanity.

A gripping, relentless, and timely new novel from critically acclaimed author of Allegedly, Tiffany D. Jackson, about the complex mystery of one teenage girl’s disappearance and the traumatic effects of the truth.

Monday Charles is missing, and only Claudia seems to notice. Claudia and Monday have always been inseparable—more sisters than friends. So when Monday doesn’t turn up for the first day of school, Claudia’s worried. When she doesn’t show for the second day, or second week, Claudia knows that something is wrong. Monday wouldn’t just leave her to endure tests and bullies alone. Not after last year’s rumors and not with her grades on the line. Now Claudia needs her best—and only—friend more than ever. But Monday’s mother refuses to give Claudia a straight answer, and Monday’s sister April is even less help.

As Claudia digs deeper into her friend’s disappearance, she discovers that no one seems to remember the last time they saw Monday. How can a teenage girl just vanish without anyone noticing that she’s gone?

WHAT ARE YOUR MOST ANTICIPATED RELEASES FOR June? ARE YOU LOOKING FORWARD TO ANY OF THESE?!

I am looking forward to the Reaper at the Gates for I have been waiting for that book since the second one came out.

Mondays not coming is already available

Not in all countries..

i can’t wait for a reaper at the gates!

I really liked Monday’s Not Coming.

I’m looking forward to reading Smoke in the Sun. I didn’t read Flame in the Mist until a little over a week ago, so I didn’t have much time to wait. I’m interested in reading A Reaper at the Gates, but I have to read the first two books first.

Smoke in the Sun I will not be picking up as I did. It like Flame in the Mist. Like at all.
I’m keen for reaper at the gates, but I need to do a reread of the first two books as I don’t remember a lot from the second book. The first is pretty clear but not the second for some reason.