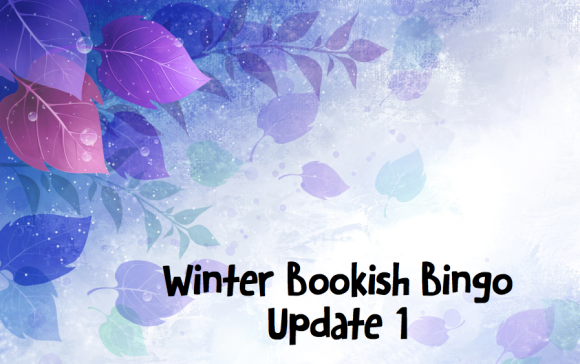 Here is my TBR!

This reading challenge was created by Pretty Deadly Reviews and you can find the announcement and sign up HERE. The challenges runs through December, January & February. 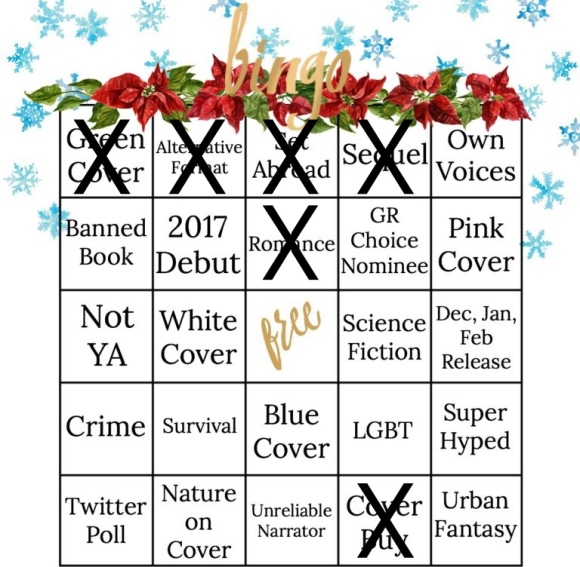 Set Abroad: The Book Thief by Markus Zusak
Romance: Heartless by Marissa Meyer
Alternative Format: Fantastic Beasts and Where To Find Them by J.K. Rowling
Cover Buy: Snow Like Ashes by Sara Raasch
Green Cover: Tales of the Peculiar by Ransom Riggs
Sequel: Ice Like Fire by Sara Raasch

Nature on Cover: Ice Like Fire by Sara Raasch
Not YA: The Two Towers by J.R.R. Tolkien

If you’re participating, how are you going? Have you got any bingos yet?!

One away from bingo! That’s great! I need to update my board… not sure if I’ve got a bingo yet or not lol.

But I don’t think I’m going to get that bingo anyway as I plan to read the rest of the Raven Cycle series next.